Cobh to commemorate the end of World War 1 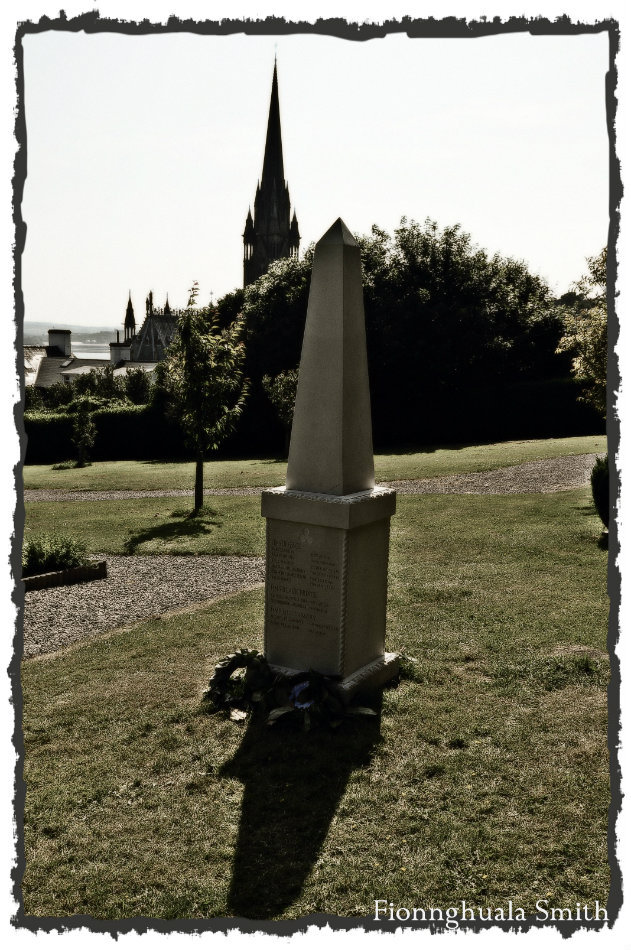 Cobh Tourism invites members of the public to join in marking the centenary of the World War I Armistice with two special ceremonies culminating with the unveiling of a commemorative brass plaque in the town on November 11th 2018.

The largest bell of St. Colman’s Cathedral in Cobh will solemnly toll eleven times on the eleventh hour of the eleventh day of the eleventh month, followed by a recital on the 49-bell carillon, to commemorate the moment when the guns of World War I fell silent in 1918.

Cobh Cathedral carilloneur, Adrian Gebruers will perform ‘The Dead March’ from Handel’s ‘Saul’ followed by Chopin’s ‘Funeral March’ in memory of the 15 million people – including the 1,198 who died on the Lusitania in 1915 and the 20 Queenstown men killed in the 1916 Battle of Jutland – who died as a result of World War I.

The midday Mass in St. Colman’s Cathedral will also be dedicated to all who suffered and died in World War I. Following the mass, Carrigaline Pipe Band will lead a parade to the gardens of St. Benedict’s Priory, formerly Admiralty House – the WWI U.S Navy headquarters – where the Armistice Day centenary brass plaque will be unveiled.

While Queenstown and its people were far removed from the battlefields of Ypres and the Battle of the Somme, Queenstown (now Cobh) did witness first-hand the effects of war.

The priory gardens lie in the shadow of the new Jutland Memorial, designed by local sculptor James McLoughlin and unveiled in June 2018 to honour the 20 sailors from Cobh (formerly Queenstown) killed in the Battle of Jutland.

The Battle of Jutland in 1916 was the greatest sea battle of WW1 and caused the largest loss of life of men from Queenstown. Research by the Cobh based Jutland Memorial Society confirmed that of the 78 Queenstown men involved in the battle, 20 were killed.

The names of those from Queenstown who died at Jutland are inscribed on the memorial sides and the inscription on the front reads:
DEDICATED TO THE MEMORY OF THE MEN OF QUEENSTOWN (COBH) LOST AT THE BATTLE OF JUTLAND, 31 MAY – 1 JUNE 1916 AND ALL THOSE WHO SERVED IN WORLD WAR 1. LEST WE FORGET

The bodies and survivors of the sinking of the Lusitania were also brought ashore in Cobh in 1915 and 170 of the victims were buried in the Old Church Cemetery just outside the town.

The Lusitania exhibition at Cobh Heritage Centre includes some incredibly detailed, poignant and moving photographs of the A.H. Poole Collection of glass plate photography. These photographs reveal images of Lusitania survivors on the streets of Queenstown, the Mass Funeral of 170 victims and of the open graves showing coffins stacked two deep bearing numbers on their lids.

Today, alongside these graves in the immaculately maintained cemetery are the uniform headstones of many servicemen who died in WW1 that have been marked by the Commonwealth War Graves Commission. The Commission makes no distinction on account of military rank, race or creed and the headstones are a simple reminder that in death we are all equal.

Members of the public are encouraged to attend these commemorative Armistice Day events and contemplate whether society has learned anything at all in the one hundred years since the ending of ‘The War to End All Wars’.

The ceremonies are being organised by Cobh Tourism in association with Cobh Branch O.N.E, the support group for ex-service personnel, who will provide military honours for the occasion.

To conclude Cobh’s commemorations, at 8pm in Christchurch, Rushbrooke people may join  Haulbowline Theatre Group and the East Cork Choral Society for a night of music, readings, poetry and drama.

The event will commemorate the 100th year anniversary of the end of World War I. It will remember all those who served and the many who died or were injured, both physically and mentally, in that most horrible of wars.

We shall also take time to recognise all Irishmen and women who have served in so many conflicts over the centuries.

Admission is free but a collection will take place on the night in aid of retired servicemen and women.