Stunningly situated on Cork Harbour is an amazing town at the start of Ireland’s Ancient East. 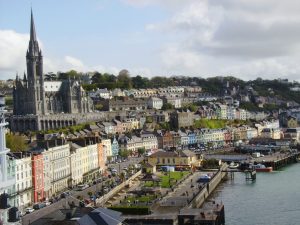 The waterside town is steeped in history, awash with culture, full of great restaurants and bars and has lots of attractions and exhibitions within a short distance of each other.  There’s oodles of fun things to do for everyone, from families to the adventurous and those seeking culture and heritage.

Throw into that a mix of accommodation to suit every budget, from hotels to B&Bs and camper van facilities and a direct train line from Cork City and you have an offering that is hard to beat. Here’s a list of our top attractions in the area 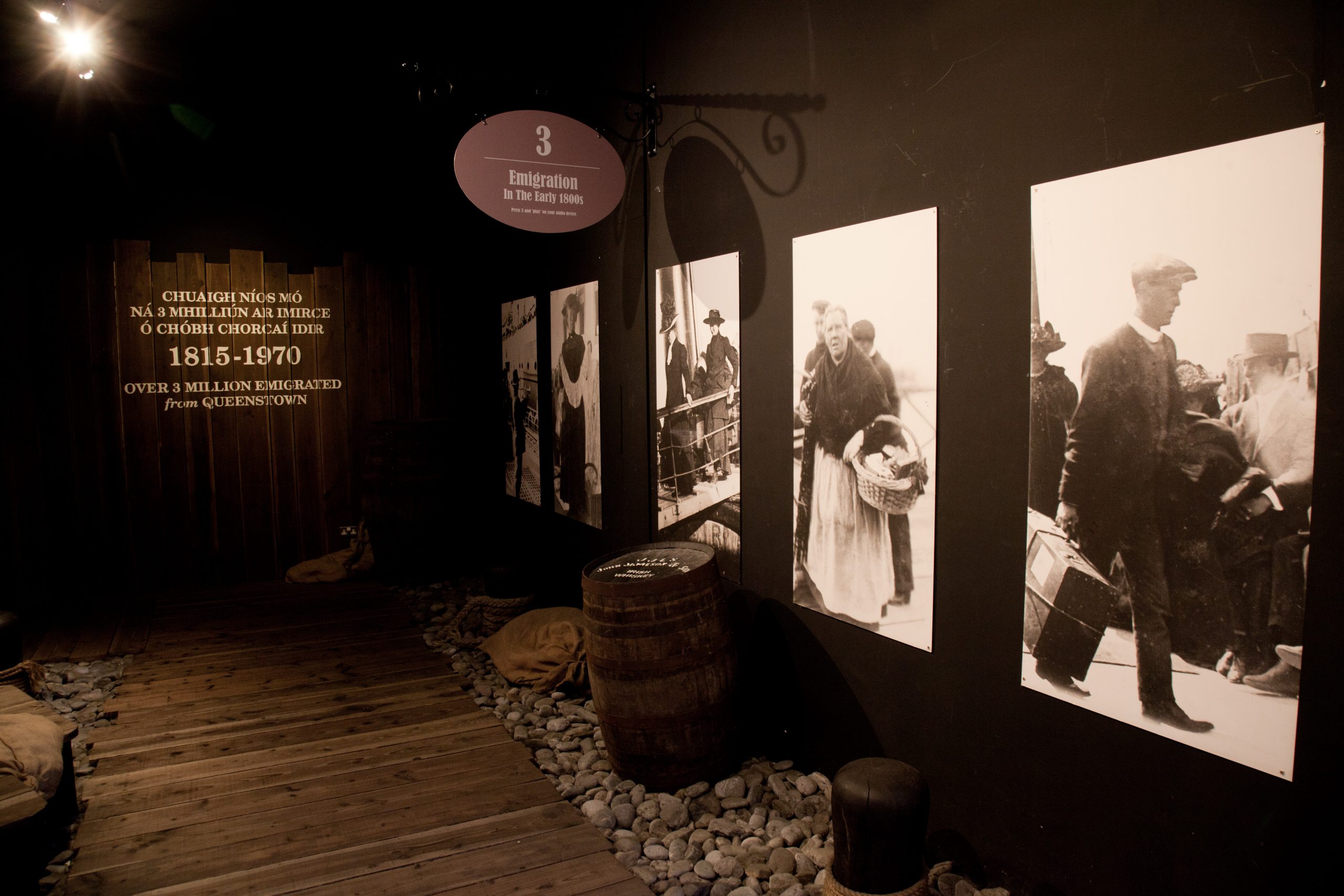 Cobh, or Queenstown as it was once called, was once said to be the saddest town in Ireland due to its connection with Irish immigration. Almost 3 million people from every corner of Ireland emigrated from this port and scattered throughout the globe. Their story is told in wonderful detail in the amazing Cobh Heritage Centre. Here you can explore the conditions on board the early emigrant vessels, including the dreaded “coffin ships”; experience life on board a convict ship leaving for Australia in 1801; witness the tragic story of the Lusitania, which sank off Cork Harbour and learn about Annie Moore, the first immigrant ever to be processed in Ellis Island.  The Centre has a specific exhibition dedicated to the ill-fated Titanic, including a message in a bottle that survived from the ship, and it also offers a Genealogy Record Finder Service so you can trace your ancestors 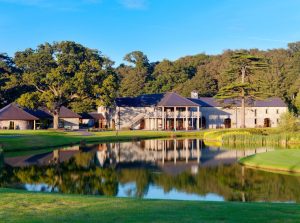 T-off on a Championship golf course at Fota Island:

Or test your sailing skills in a fair South westerly in some of the finest cruising waters in Europe with SailCork which offers water based activities for families and ‘hearties’ of all ages – Aarrr! 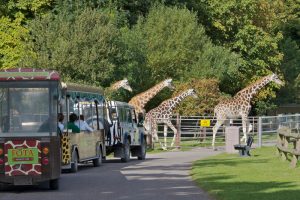 Fota also boasts one of the best Wildlife Parks in Europe. Many of the animals here roam free, allowing visitors to get up close and personal with some of the world’s most amazing creatures. The Park’s Tropical House is home to Butterflies, Birds, Reptiles, Amphibians and Tropical Fish and their Asian Sanctuary houses Sumatran Tigers, Warty Pigs, and Lion-Tailed Macaques. 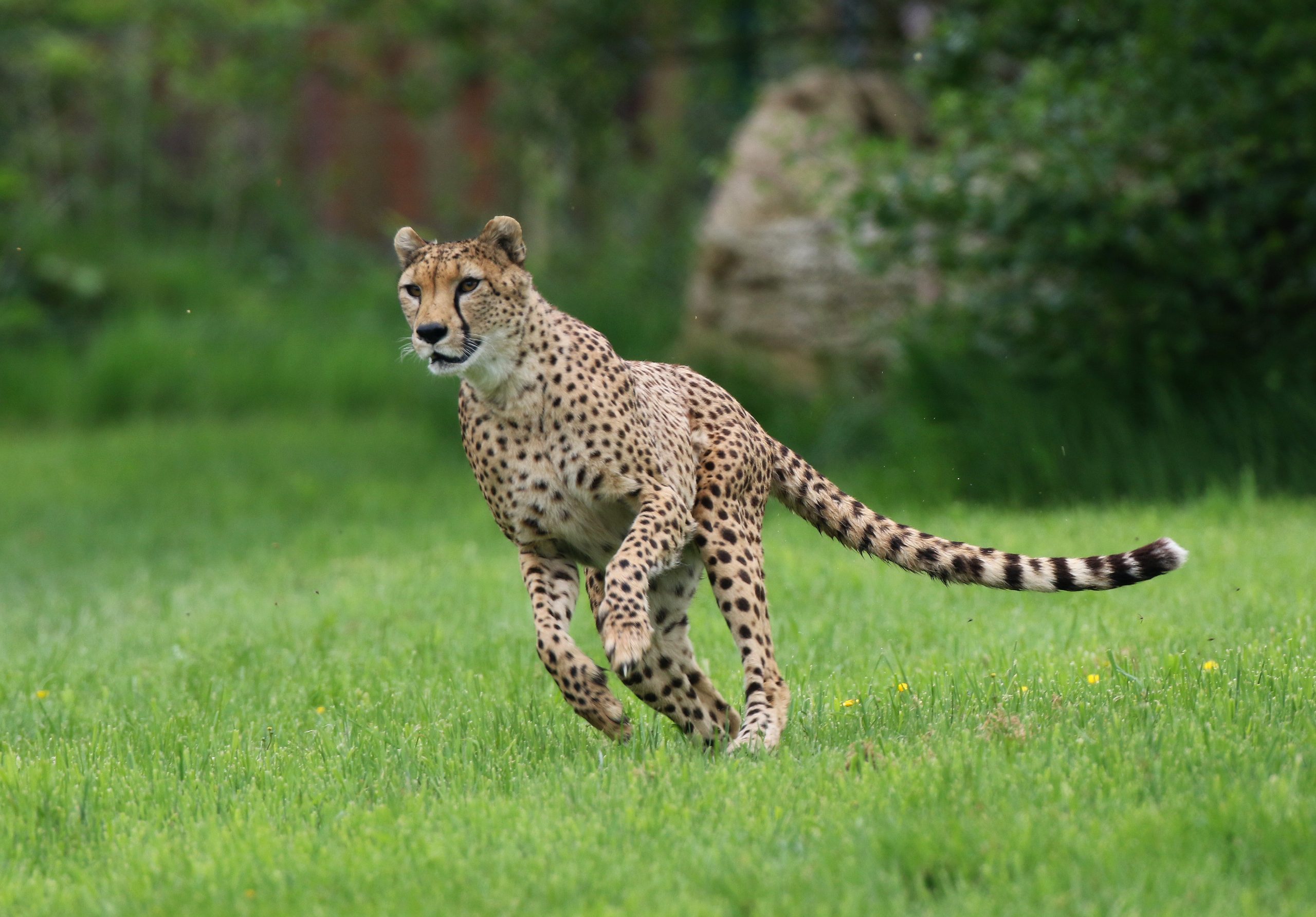 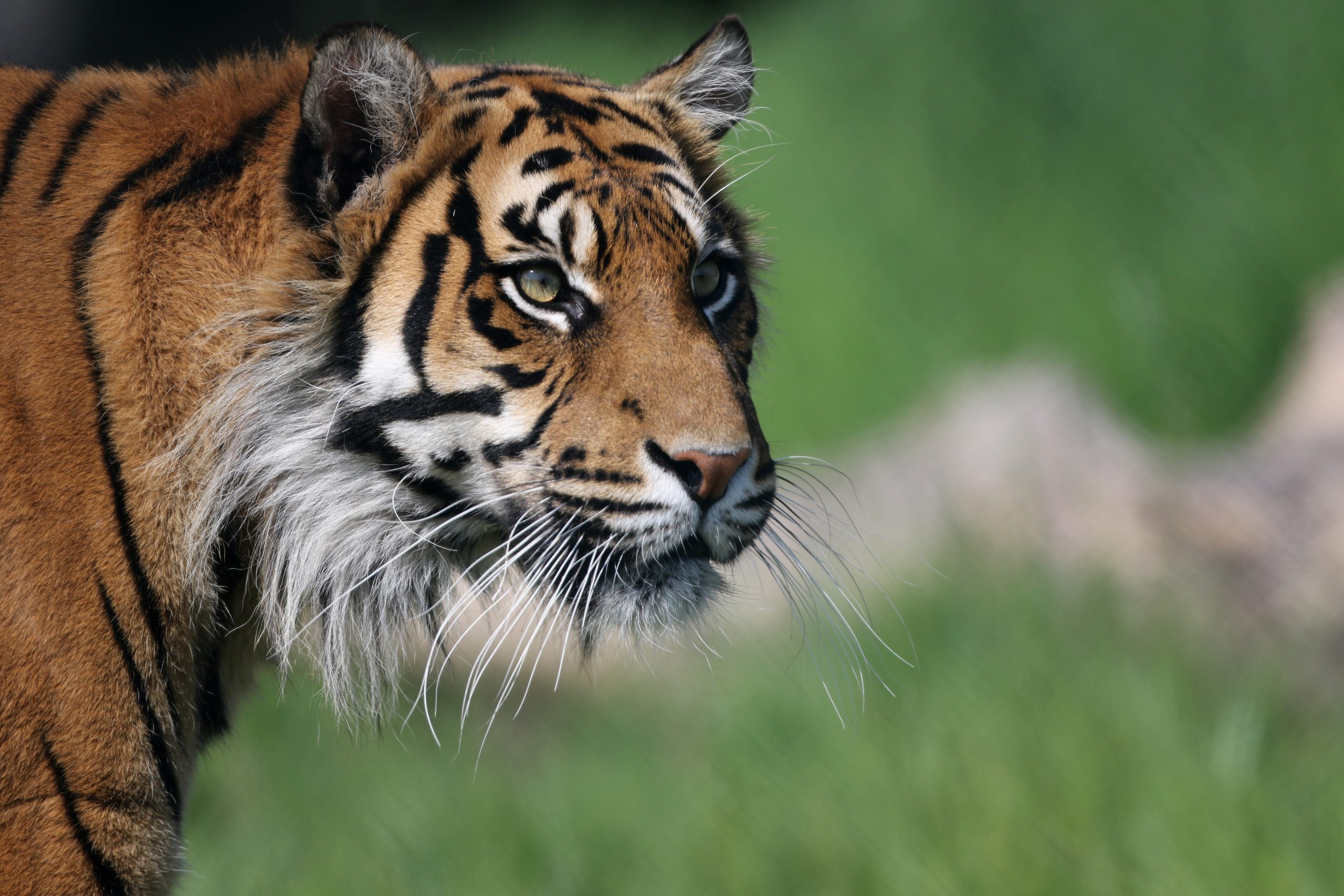 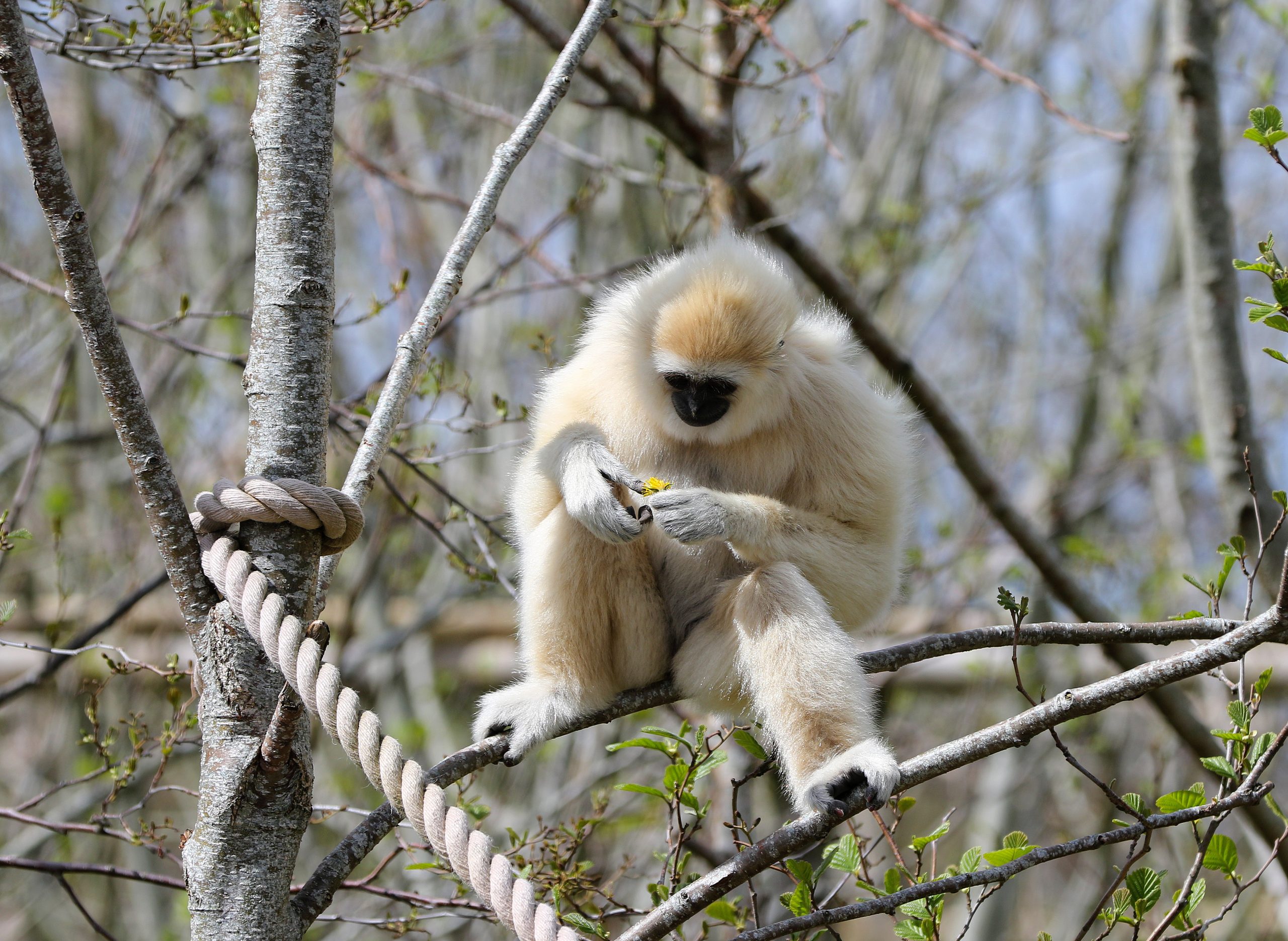 Lions are the new arrivals for 2017, including a Sumatran Tiger cub. Make sure your phone battery is charged – there will be lots of snaps taken! 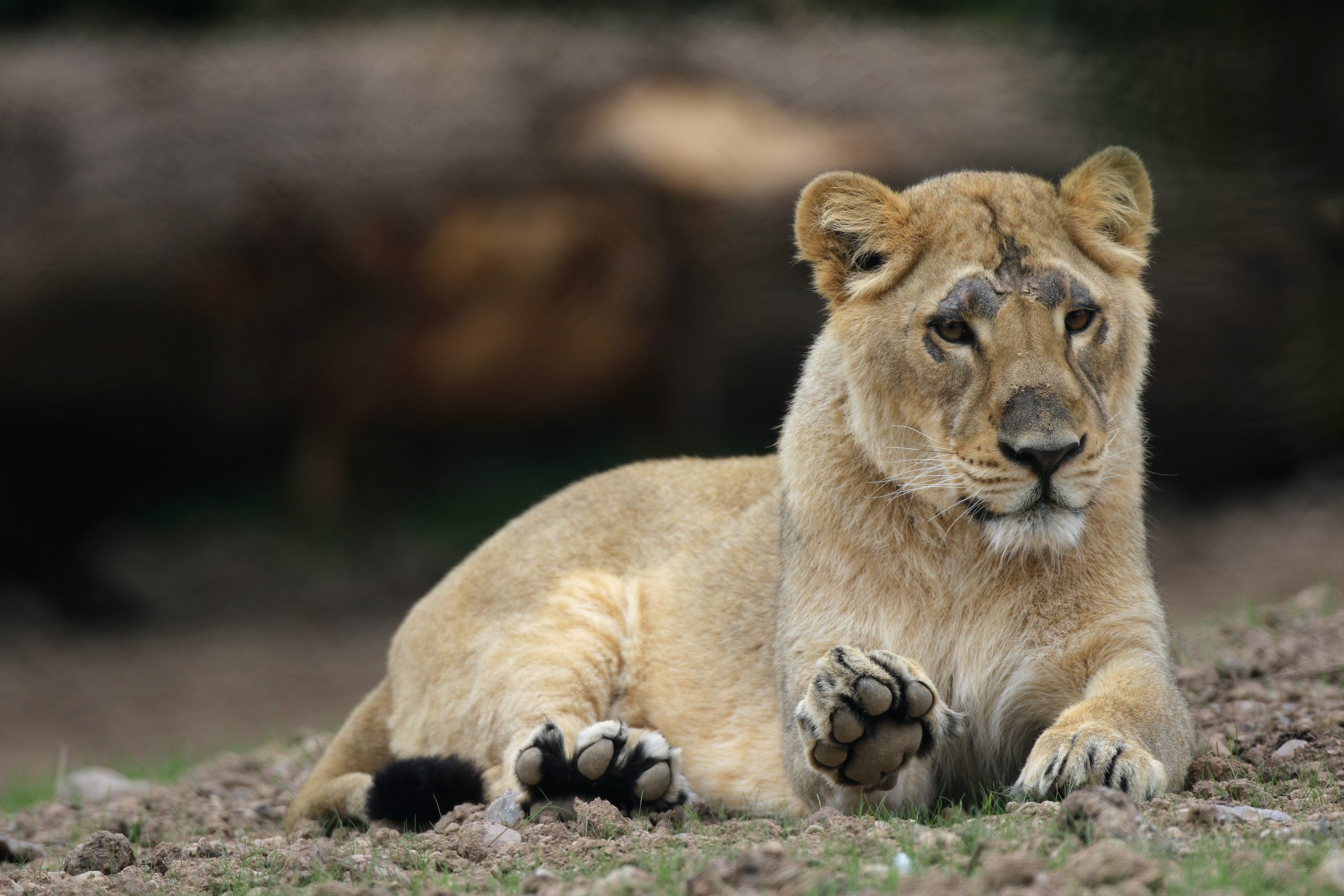 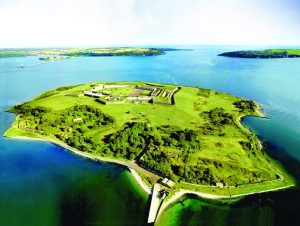 Take the ferry from Cobh and explore the extensive star shaped Fort, see the jail cells, walk the ramparts, marvel at the 360 degree views of Cork Harbour, see the huge gun that protected the harbour from attack, hear about the high-society artist Willam Burke Kirwan, convicted of the violent murder of his young wife, or John Power, a Waterford orphan who was so brutalised by the system that he ended up murdering a prison warder and the Young Irelander, John Mitchel after whom Fort Mitchel is now named 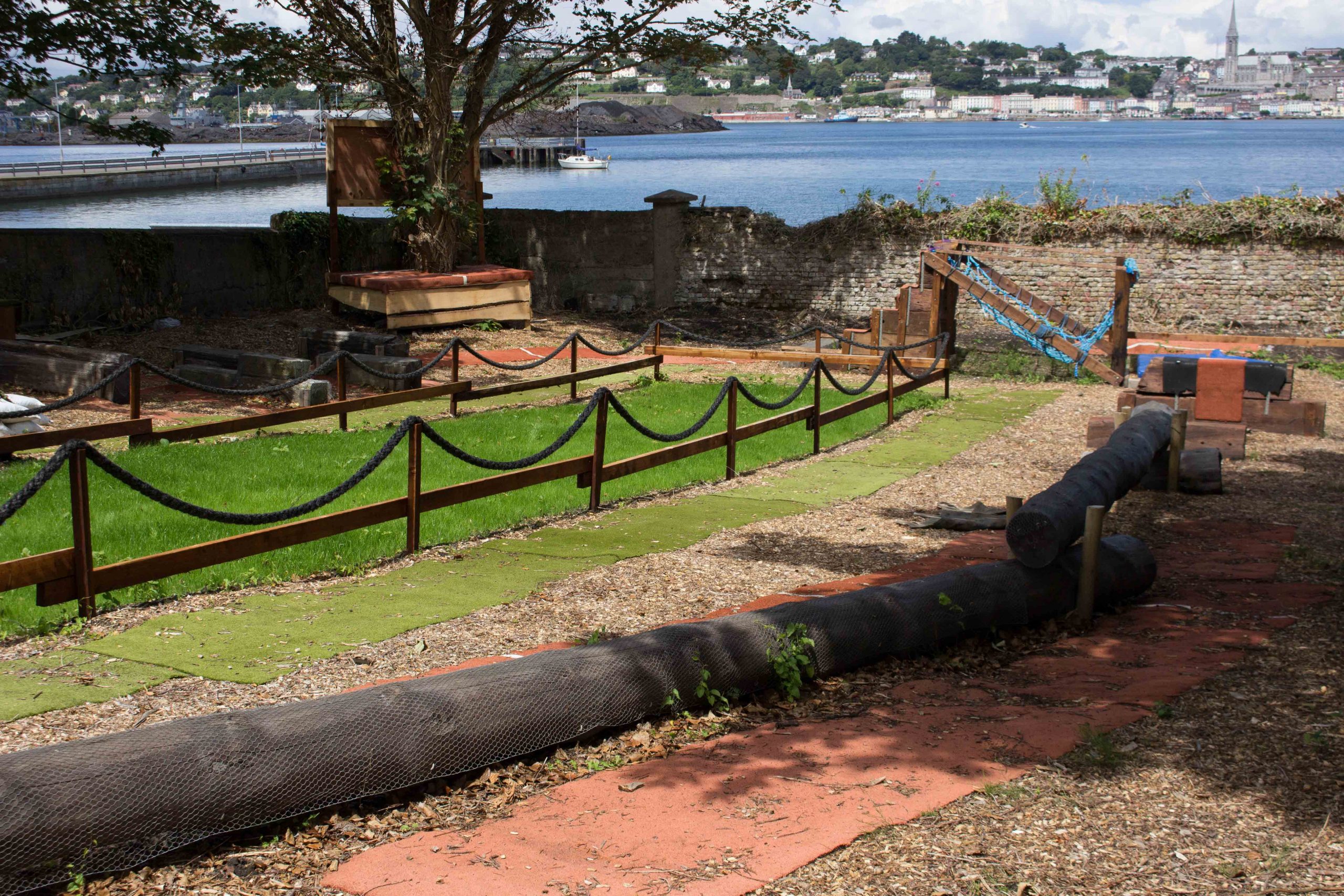 Trace the footsteps of Titanic passengers at the Titanic Experience:

Cobh was of course, the last port of call for the Titanic. The Titanic Experience offers visitors an opportunity to travel in the footsteps of an actual passenger on that famous ship’s tragic maiden voyage. Only at the end will you discover if you were one of those who survived or were lost! The Experience is housed in the original White Star Line Ticket Office which was the embarkation point for the final 123 passengers to board Titanic on April 11th 1912. 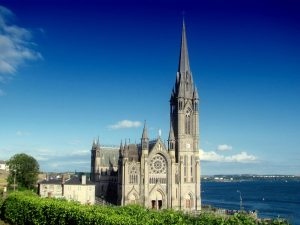 Perched on the hillside, St Colman’s Cathedral is one of the most popular attractions in the region. Impressive and imposing from the outside, the stained glass and carvings inside are exquisite. Its 49-bell Carillon is the only such instrument in this country and is the largest in Ireland and Britain. 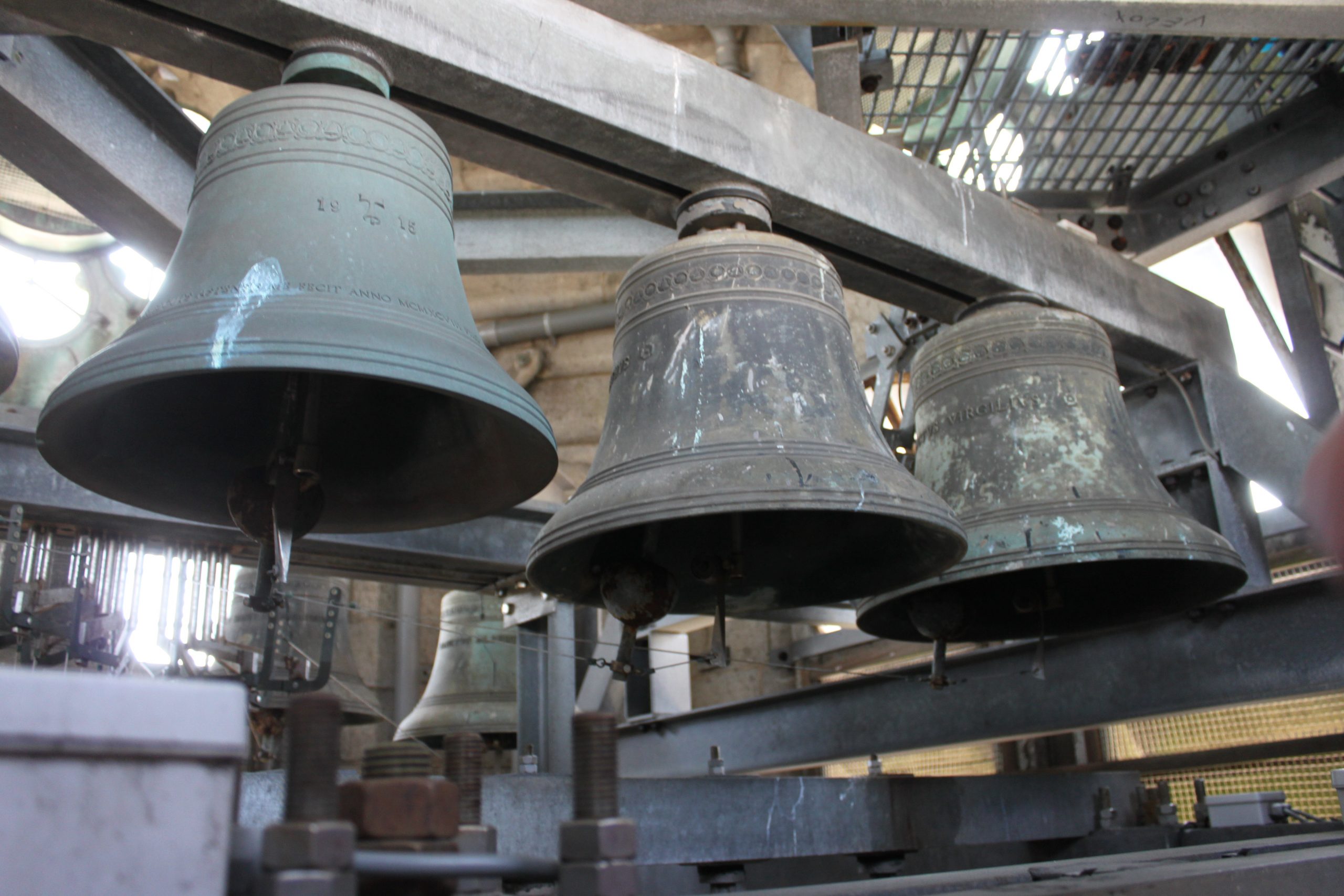 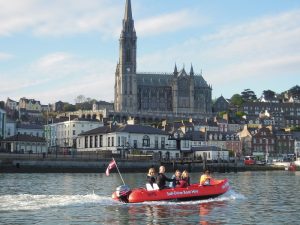 Explore Cork Harbour and see Cobh from the sea on a fantastic boating adventure with Cork Harbour Boat Hire. These easy to drive boats are led on a one hour tour of the harbour by a safety boat. It is great fun for people of all ages, no previous boating experience is needed and all equipment is provided. 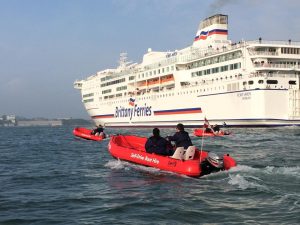 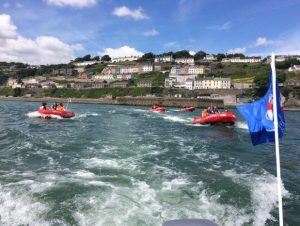 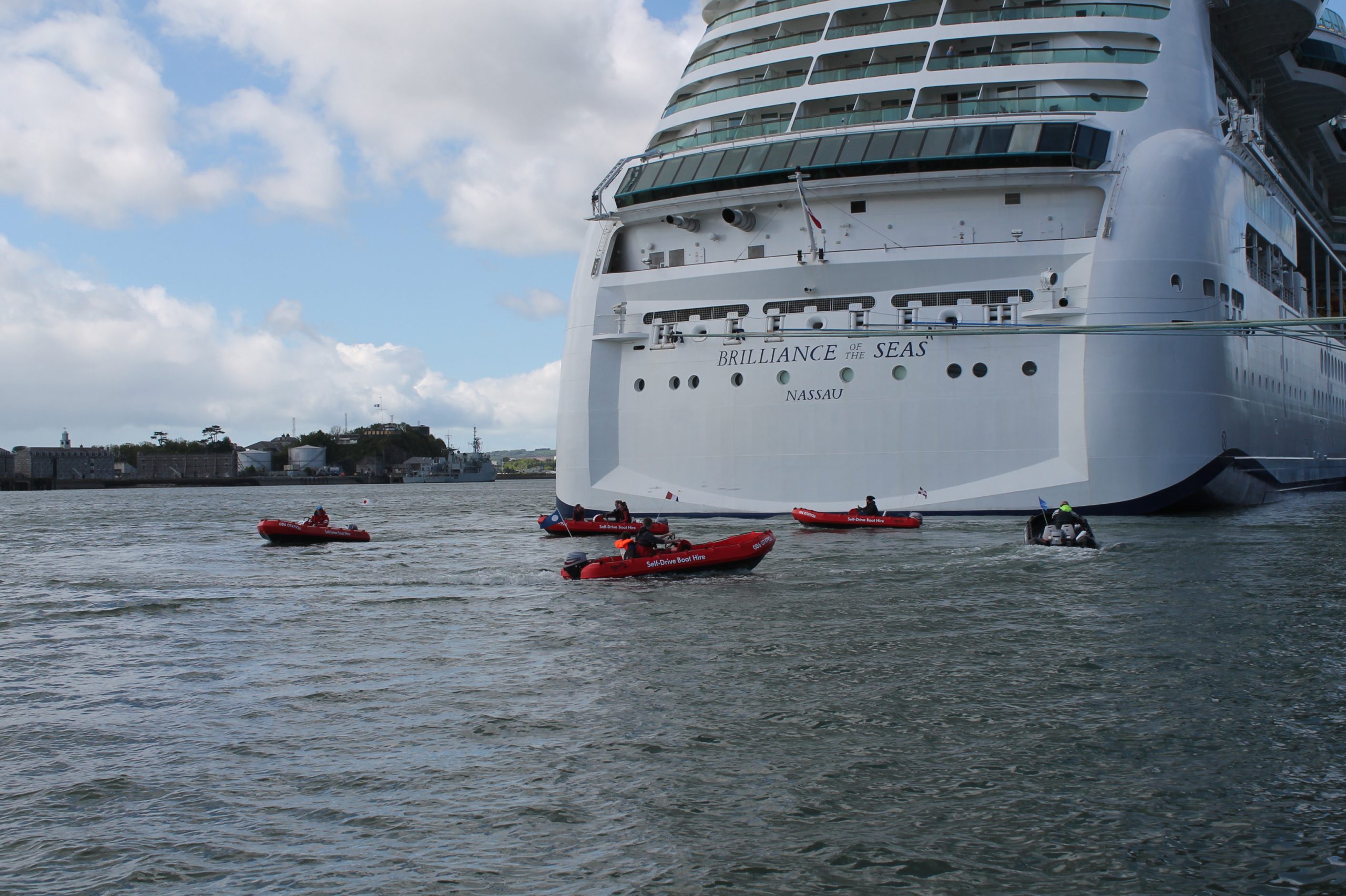 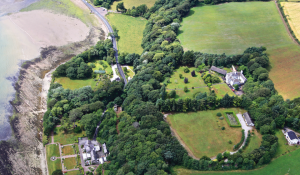 Cuskinny Court is a 200 year old, family owned estate, just a 10 minute drive from the centre of Cobh. Specialising as a group activity centre, they provide a wide range of eco adventure, educational and outdoor experienceAt Halloween, the house is transformed into Lord Ghoulsley’s Manor – an interactive and theatrical tour that is eerie and spooky, yet fun for all the family. A quick set change after Halloween and the house hosts the Cork North Pole Outpost Experience, one of the highest rated Christmas experiences in Munster. 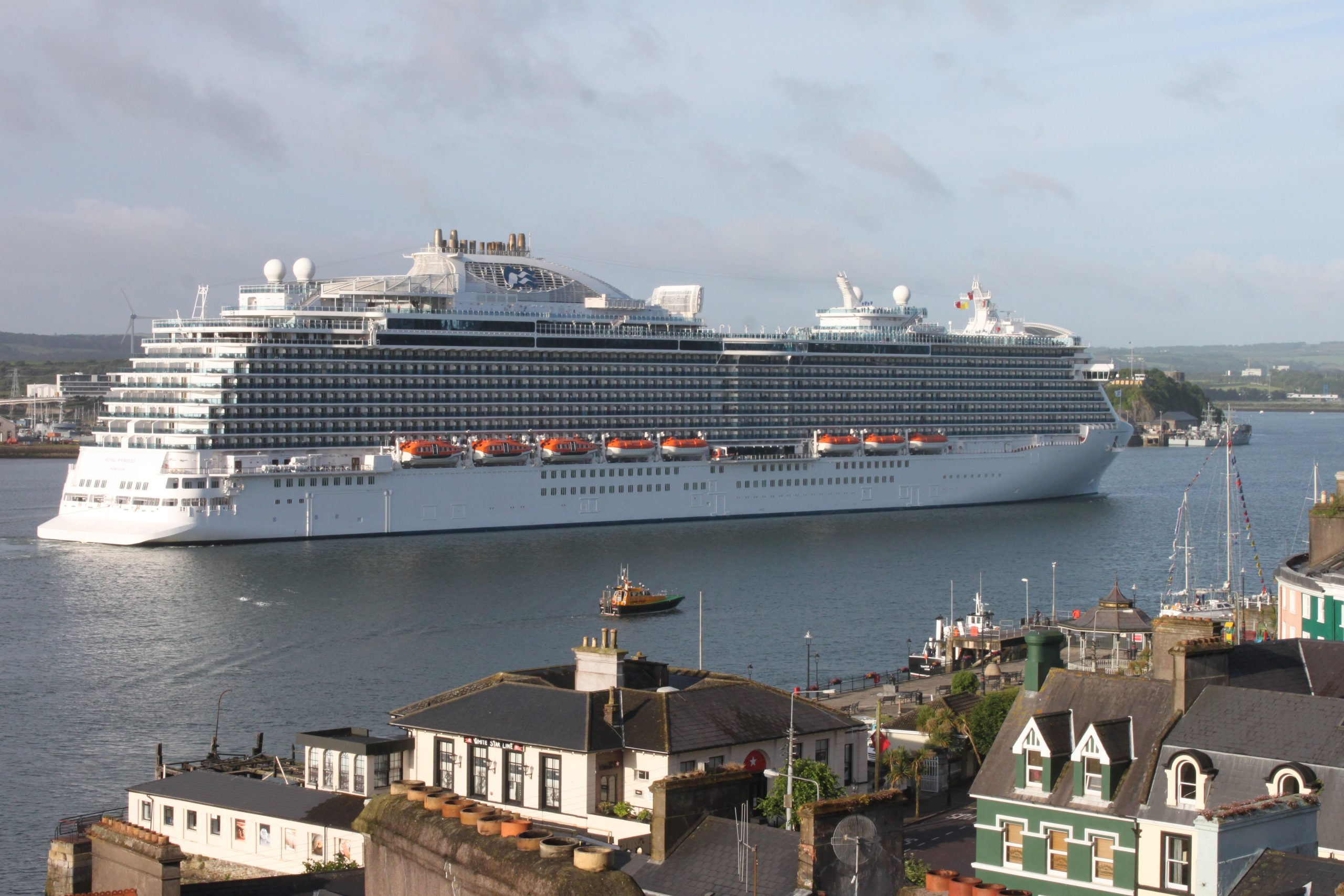 Cruise Ships from around the World:

Cobh is the port of call for cruise ships from around the world throughout the year, and this becomes an event in itself as locals put on free music and entertainment for passengers and visitors welcoming them in. Over fifty cruise ships tie up right in the centre of Cobh each year. The biggest, carry over 4000 passengers and at 13 decks high become the dominant feature in the town! 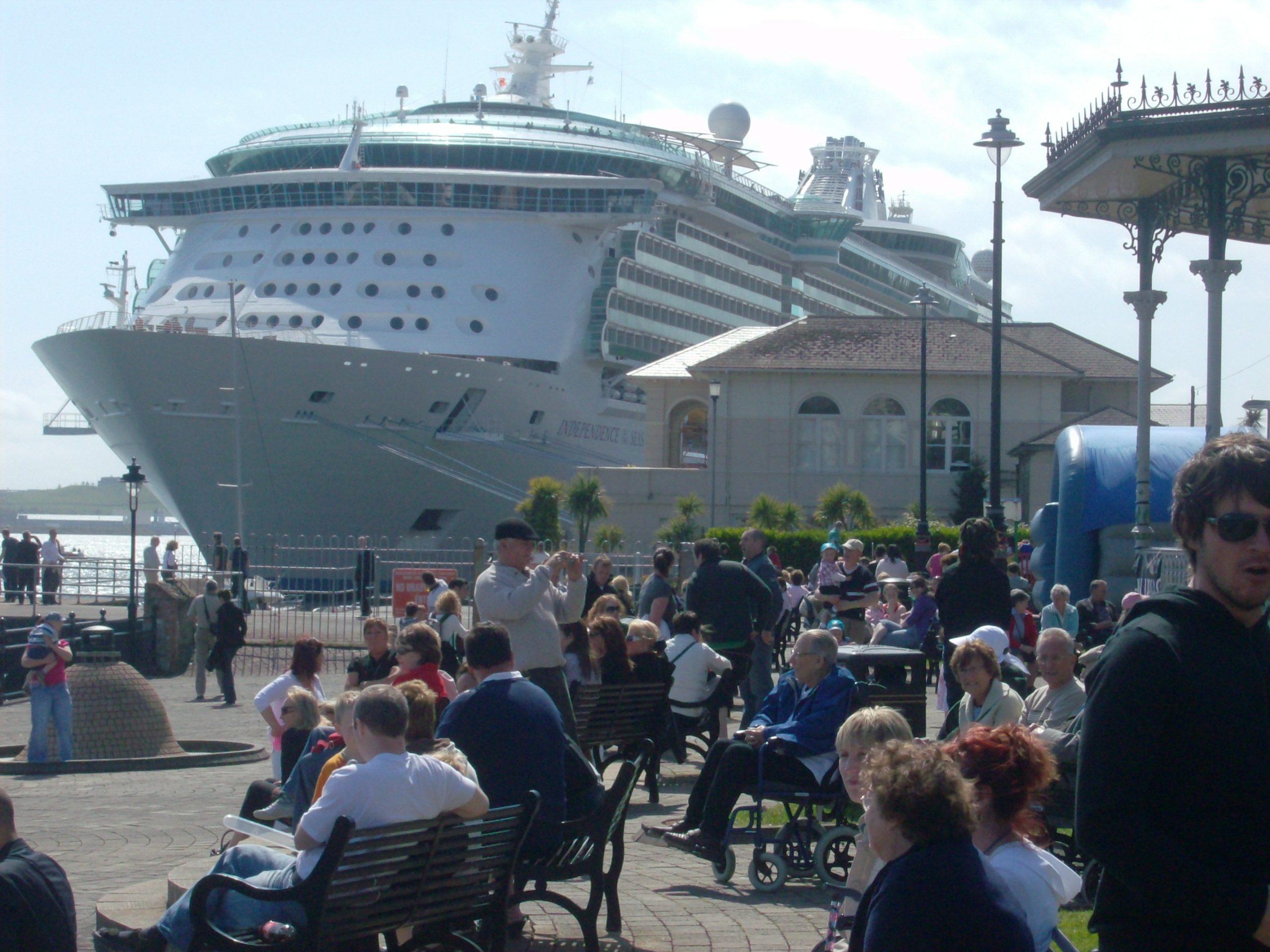 We could go on about the walking tours, the incredible local food, the nearby Jameson Distillery, and the amazing traditional music offering but you’re just going to have to check all that out for yourself. 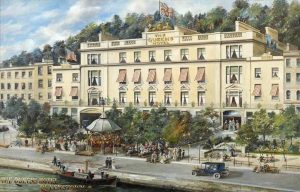 Cobh is used to welcoming visitors and the warmth of the welcome is legendary – after all Cobh was developed as a Victorian Spa Retreat in the mid 19th century and became Ireland’s most important port for transAtlantic travel. 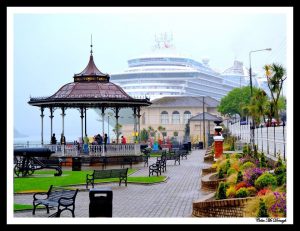 This pretty seaside town is also a Tidy Towns gold medal recipient and has stunning flower displays and well kept open spaces right on the water side.

If you would like to create some memories that will last a lifetime, take the plunge and visit Captivating Cobh – ‘captivating’ because it will hold you in its spell long after you’ve left.