Cobh and the Lusitania tragedy

On 7th May 1916, Cobh witnessed the horror and  tragedy of the aftermath of the sinking of the Lusitania. Survivors and bodies were brought into a community that responded with courage and compassion. Cobh people remember this tragedy every year on or about the anniversary with a fitting remembrance ceremony for the 1201 people who lost their lives. In 2016 the Lusitania commemoration will be held on Sunday 8th May.

On 10th May, 1915, the mass funeral of over 145 victims of the Lusitania tragedy took place in the Old Church Cemetery which is located just outside the town. Glass Memorial headstones now mark the graves within this quiet and impeccably maintained cemetery. 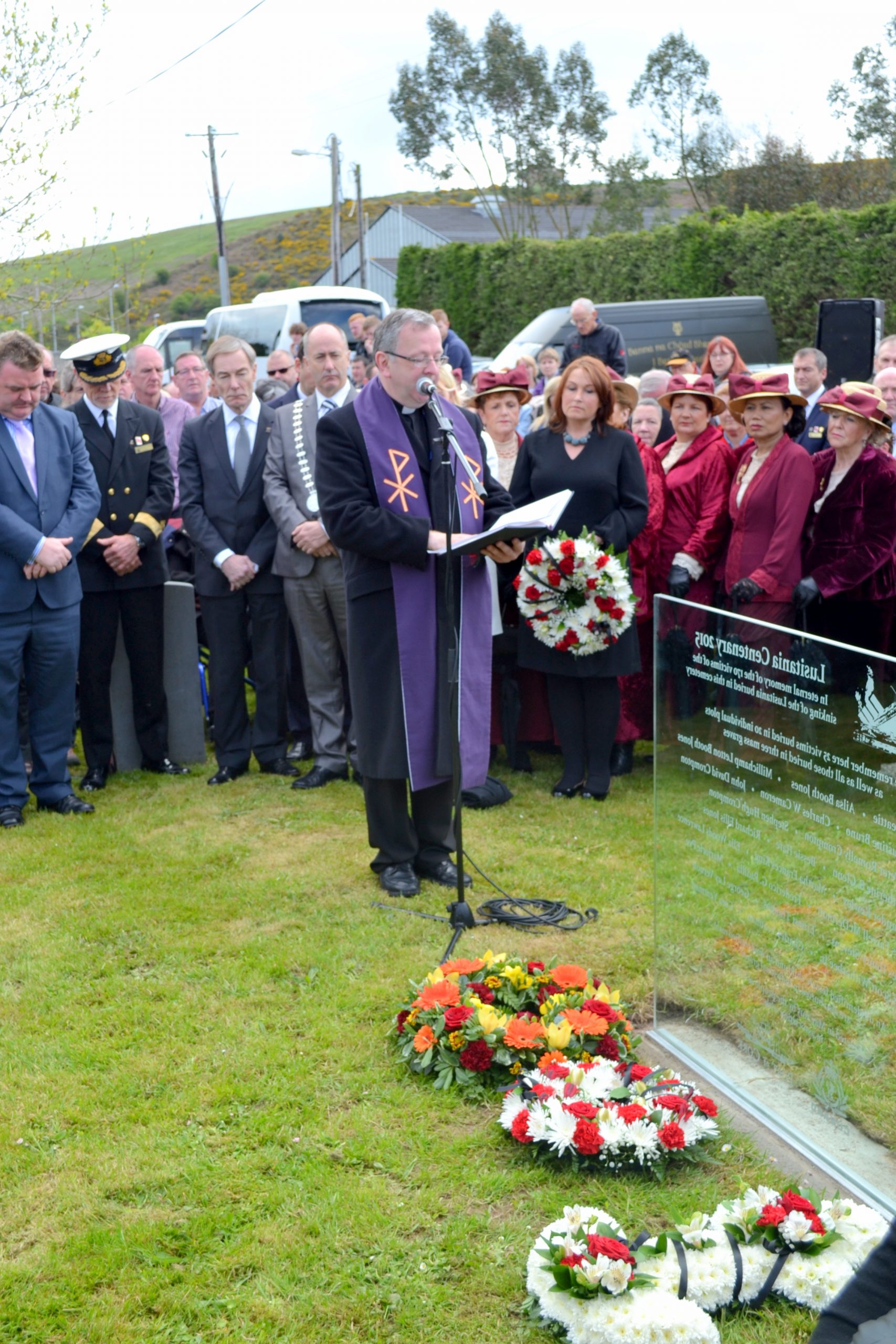 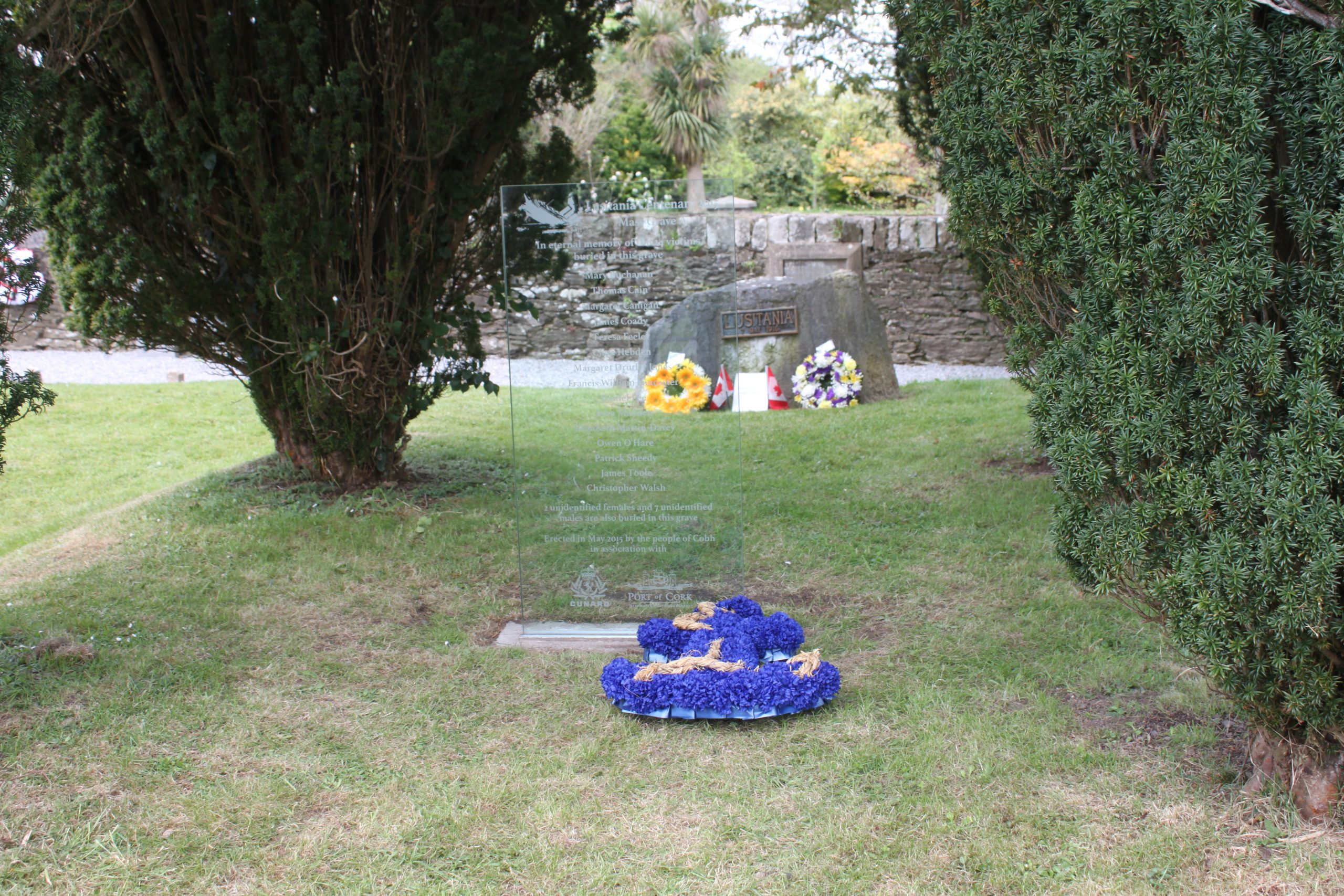 Accounts of this funeral in the press in 1915 described  it as dismal, ghastly and exceedingly sad. Thousands of people from Cobh and Cork turned out to pay their final respects to the victims. The striking photographs of the A H Poole collection taken at the funeral document  this story and these are now on display in Cobh Heritage Centre. 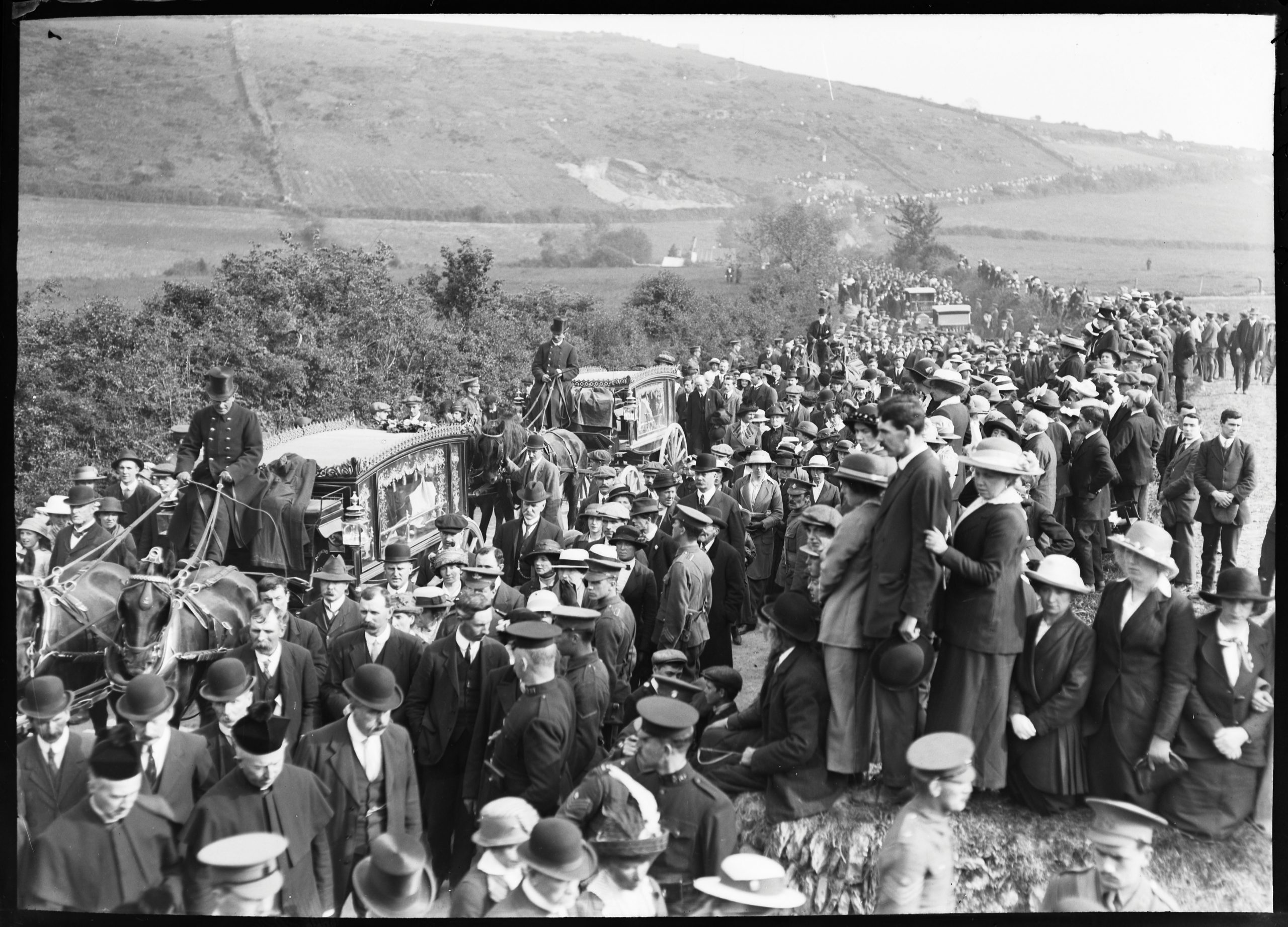 The Lusitania exhibit here also reveals the ship’s splendour, first-hand accounts of survivors and outlines the valiant efforts that earned Jerome B. Murphy, manager for the Cunard Line in Queenstown an MBE from King George V.

Cobh Museum is situated in a former Scots Presbyterian Church and its Lusitania exhibition displays a survival biscuit from one of the Lusitania lifeboats. 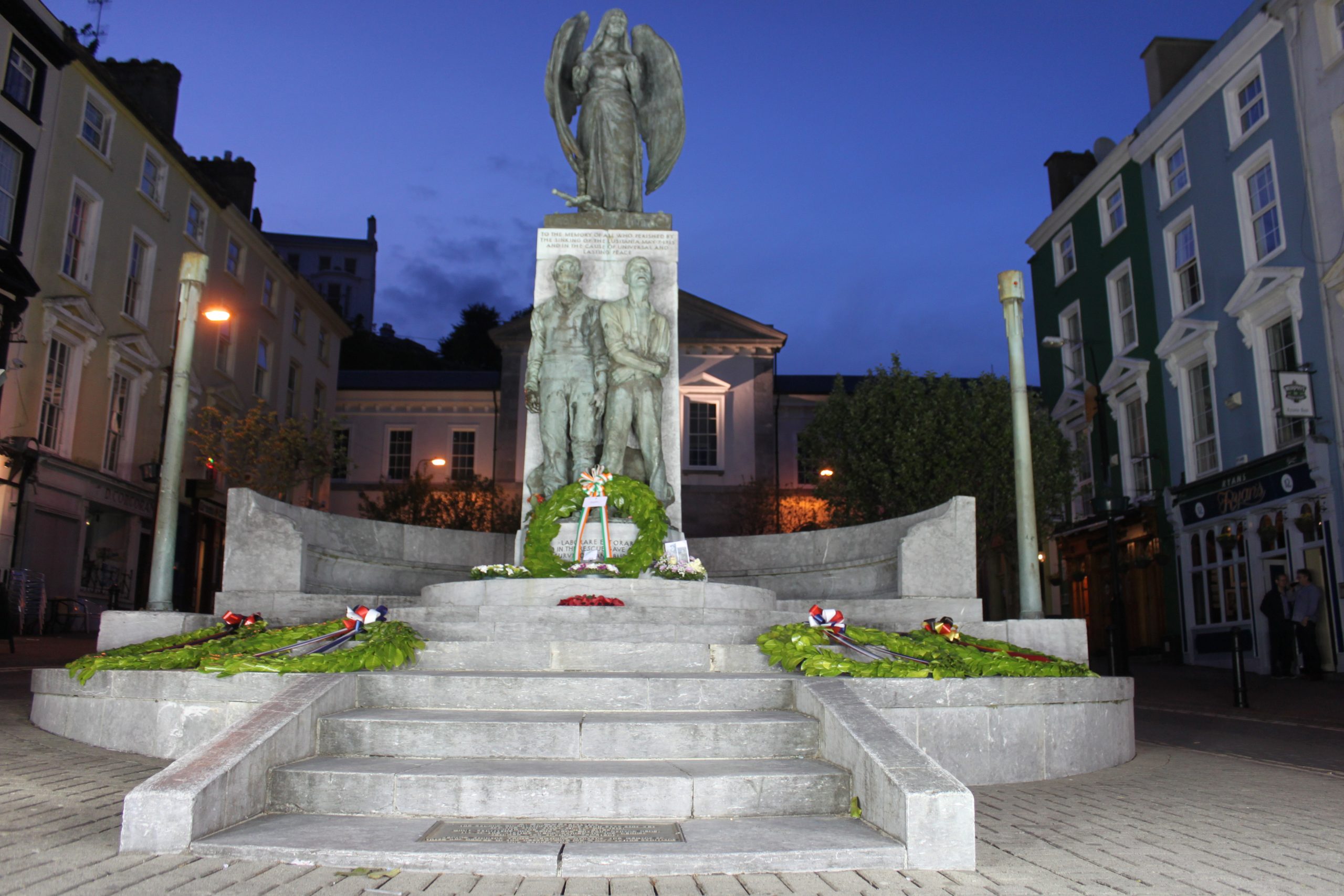 The Lusitana Peace Memorial stands in Casement square in the centre of Cobh and is a fitting memorial to all who died and those who assisted in the rescue effort.  The Angel of Peace, her foot on a sword, embodies the broader appeal for an end to all wars. Originally conceived in 1925, Irish American Sculptor Jerome Connor was commissioned to design, sculpt and install the memorial. The Wall Street Crash caused funding difficulties but in November 1934 Connor returned to Dublin, completed the full-size plasters, carried out the carving and lettering, installed the stonework and cast the fishermen in bronze. Connor was declared bankrupt in the mid 1930’s and died in 1943. The bronze fishermen at one stage ended up in a scrap yard, but were retrieved and in 1953 the Friends of the National Collections of Ireland erected them on the plinth. In 1965, the Lusitania’s 50th anniversary, the Arts Council engaged Cork Sculptor Domhnall Ó Murchadha to have the angel cast in Italy. The memorial was thus completed in 1968.

Cobh is a must see destination for anyone with an interest in the Lusitania and its tragic story.

Sunday and Bank Holiday 11am opening

Cobh Museum is open from Easter to end October